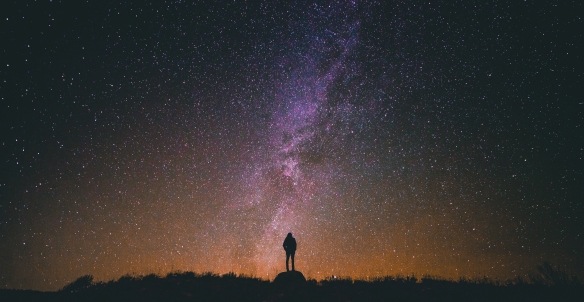 My mom and I were walking into a movie theater when she brought it up. “So,” she said, “I think I missed something. Did Chris Pratt start some kind of brouhaha?”

I laughed. “Uh, just a little!” I replied, tongue in cheek.

I filled her on what had happened—how last month, Marvel made a short clip starring Chris Pratt to promote their latest offering, Guardians of the Galaxy 2. The clip started out with subtitles, but a few seconds in, Pratt urged viewers to turn up their sound and ignore the subtitles, and motioned as if to wipe the subtitles off the screen. The subtitles disappeared. The rest of the clip continued without subtitles, and did not provide an option to turn them back on. Fans objected, saying that such a move was insensitive toward those who rely on subtitles to understand videos, and Marvel took the clip down.

The next day, Chris Pratt issued an apology video in Instagram, using sign language to express his regret over the Marvel clip and acknowledging the insensitivity of turning the subtitles off. “I have people in my life who are hearing-impaired,” he said in his Instagram post, “and the last thing in the world I would want to do is offend them or anybody who suffers from hearing loss or any other disability.”

Captions are not optional

For many of us, captions are not optional. They grant us access to the most prized commodity of all: information. Information is how relationships are built, purchases are made, and jobs are landed. Even when the information is entertainment, as in a movie trailer, it is still a hot commodity. For better or worse, movies, television, and other media give us cultural reference points and an opportunity to connect with others over these. When Pratt “wiped off” the subtitles in the original video, I literally gasped. “He did NOT just do that!” With a simple sweeping motion, I felt like he was pushing me away from the screen, pushing me away from a community I have just as much a right to as anyone else.

I’ll say again—captions are not optional, and not just for people who are D/deaf or hard of hearing. The universal nature of closed captions means that they assist English Language Learners in synchronizing spoken and written English, foster literacy for children and adults who are learning to read, and make information accessible for everyone, regardless of their degree of hearing. I even learned recently that people with cognitive processing issues rely on captions. Captions, then, should be the norm and not the exception. Marvel was wrong to treat them as optional. I’m grateful for Pratt’s apology and that Marvel acted swiftly to remove the offending video.

Not only do we need captions, we need an updated vocabulary. Several online news outlets, including Variety, People, ET Online, and Yahoo, reported on Chris Pratt’s apology by using “hearing impaired” in their headlines—a phrase Pratt himself used in his Instagram post.

“Hearing impaired,” however, is an archaic term that many people who are D/deaf or hard of hearing have long abandoned. That alone should be reason enough to stop using the phrase—out of respect for and to show hospitality to people who have historically been marginalized. The fact that Pratt uses “hearing impaired” suggests that he does not interact with many D/deaf or hard of hearing people. He does refer to having “hearing impaired” people in his life, but that makes me think that he is either not close enough to them to choose a more respectful term, or that the people in question are from a different age when the term was more acceptable. “Hearing impaired” conveys a sense of being “broken” or incomplete, and puts our hearing loss first instead of our personhood.

A posture of respect

This “brouhaha,” as my mom called it, is ultimately about respect. Providing or turning on captions and subtitles, and being intentional with vocabulary, shows respect and care for people who are deaf and hard of hearing—who could very well be your neighbors, your kids’ friends, the people in line in front of you at the grocery store. Words, whether they are displayed on a screen during a movie or used to describe someone else, reflect and shape how we think about people who are different from us. Marvel and Chris Pratt will, I bet, be more careful going forward. The rest of us would be wise to follow suit.

We love hearing from you! Cancel reply